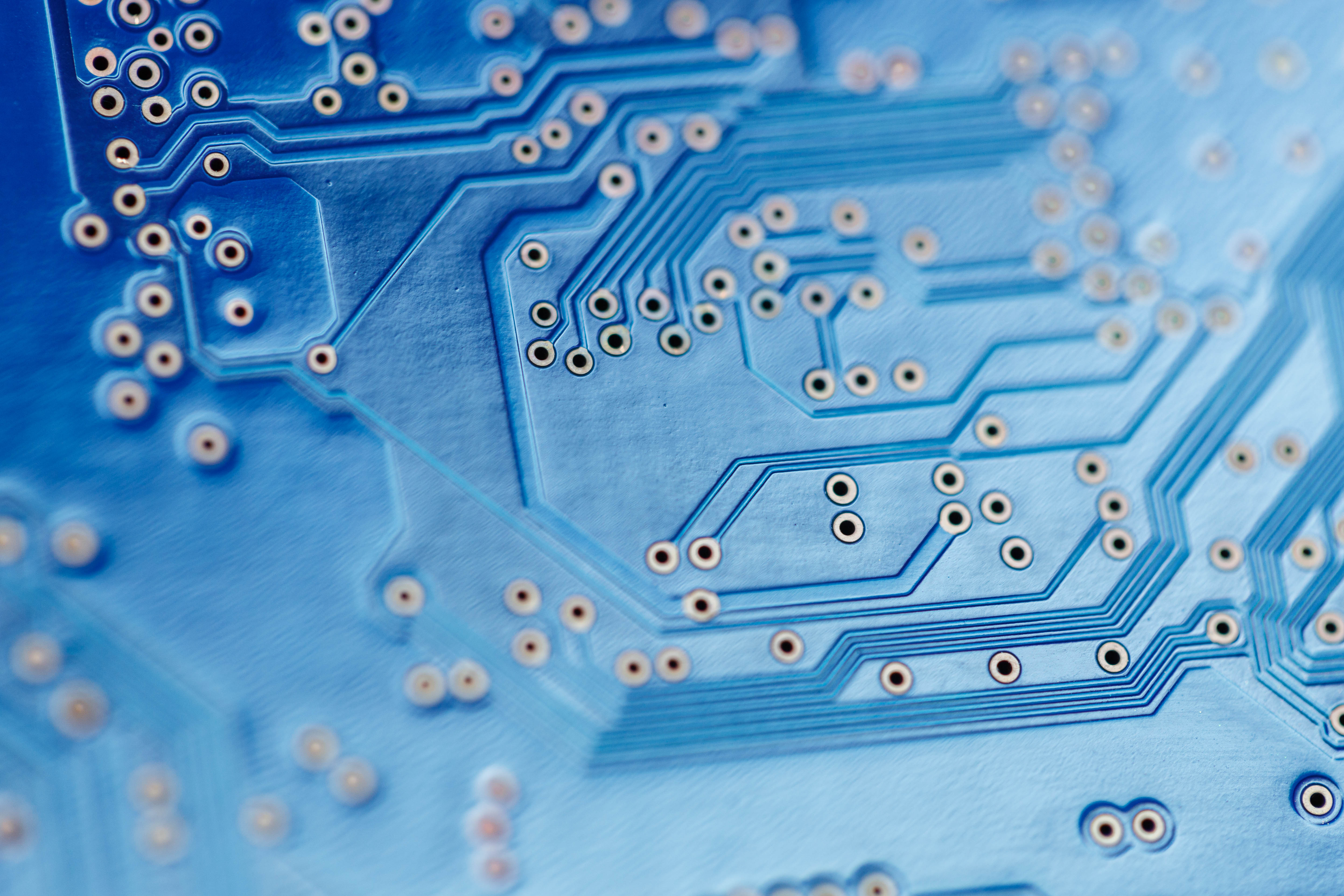 Due to the detailed nature of this article, it has been split into two parts

Assuming you have worked through part 1 and successfully started up an instance of RTC running inside a Docker Container, we can now move on to the meaty stuff.

Configuring RTC for Providers and Posting

Once I had the basic Docker install, deployment and RTC configuration out of the way, I moved onto the focus of this article – i.e., configuring the RTC to allow me to:

·         Post (contribute) data to a cache service,
·         test both Interactive and Non-Interactive Providers more easily,
·         access some functionality normally only available to the MDS admin team

Configure RTC for a Posting Cache and NIProvider service

The first thing I added was a service that would allow me to test Post (Contributor) type applications as well as Non-Interactive provider code.

To enable the NI-Provider functionality of the RTC, I activated the RsslServer as follows (in the rtc.cnf file):

In the above section, I set the first parameter to True and removed the ‘!’ comment from the remaining lines in the section.

I then defined a service called NI_PUB that I could

Once I saved the above changes to my rtc.cnf file, I restarted my RTC container – either via the Docker Dashboard or from the command line e.g.

Where rtc is the container name – as defined in the yml file.

To test if the above changes were valid, I used an EMA Posting example and NIProvider example.

For a Posting test, we can use the EMA example 341_MP_OffStreamPost with the following changes in the main() and onRefreshMsg() methods:

Once you build and run the example, you should some output like:

As you will note, we first get
·         the AckMsg acknowledging the Post was accepted by the RTC server
·         then we see the RefreshMsg confirming that the MYTEST.RIC subscription request to the RTC server was successful
·         and the payload has ASK field as per the Post message we submitted earlier.

NOTE: As a reader rightly pointed out - the first time you test the Posting functionality described above, you may see an 'F10 - Not in Cache' error. This would be the case if the RIC you are contributing does not yet exist (and in the main() method we make a subscription request for it).

The example as provided should already have the host set to localhost:14003 and the service name should be set to NI_PUB in the source code.

If you run the NIProv100 example, you should see some warnings about missing Dictionary configuration, followed by something like:

The above message confirms that the NIProvider successfully connected to the RTC instance. The example will then run for around 60 seconds publishing updates to the RTC server before exiting. To see some evidence that the data is really being published, we will need to fire up a Consumer example connecting to the RTC and subscribing to the service and instrument name as used by the NIProvider.

We can re-use the Consumer example 100_MP_Streaming example – just change the service and instrument name as follows:

If you then run NIProv100 in one console and Cons100 in a 2nd console, you should see Cons100 receiving a Refresh and Updates for IBM.N from NI_PUB

Finally, I wanted to configure the RTC to support a couple of IProvider services – i.e., the RTC mounting an IProvider application running on my local (Windows) host PC. When the RTC receives any data requests for those services, it will forward those requests onto my IProvider – which can then choose to fulfil or reject the requests.

The first step was to define a route for my Interactive Provider service – so I updated the existing route list:

You could just define a single service – however, I wanted some flexibility for testing purposes. Most of the EMA IProvider examples and the default EMA config file are hardcoded with the DIRECT_FEED service name. Defining an additional IPROV service just allows me to validate any config changes etc I make (to ensure I am not inadvertently relying on some defaults).

I defined the services as follows:

As before, once the modified rtc.cnf file had been saved, I restarted the RTC container – either via the Docker Dashboard or from the command line e.g.

For instance, as I was using the IProv100 example, I changed the OmmProvider port configuration as follow:

Once I make the above change, rebuild and and fire up IProv100, I should see something like:

To test the IProvider I can then run a Consumer example connecting to the RTC and requesting data from the DIRECT_FEED service. Once again, I can re-use the Consumer example 100_MP_Streaming example – by just changing the service name as follows:

NOTE: Just to be clear, the consumer will still be using port 14002 - connecting to the RTC, which will forward any item requests onto the IProvider on port 14005.

Provided the IProv100 is still running (pun intended!) the Consumer should get some data back e.g.:

When you move on from your development phase & your application is ready for UAT testing and connecting to your real RTDS system, remember to change the port back to the default 14002 (or whichever port your RTDS system uses).

The RTC package also includes an admin and monitoring tool called rtcmon (short for RTC Monitor)– which can be found in the /opt/distribution folder of the RTC container.

So, if I attach a shell to the RTC container with:
C:> docker exec -it rtc /bin/bash
And then run rtcmon:
# rtcmon

OR as pointed out by a reader (thank you!), you can use the one-line alternative:
C:> docker exec -it -w /opt/distribution/ rtc ./rtcmon
(where the -w param is setting the working directory to the location of rtcmon before executing it)

You can then experiment with the tool to see things like how many items each connected application has open or to drop services to observe the impact on your application etc.

My application should then receive a Status Message indicating ‘Service down’ for any open instruments.
Once I have checked my application behaviour, I can set the above value back to True and the instrument should recover with a Refresh Message.

As mentioned earlier, the RTC can be configured such that when making Websocket API requests, you don’t need to explicitly specify a service name – RTC can default to a configured service.
This requires an additional change to the rtc.cnf file as follows:
*rtc*defaultJsonServiceId : 10002

Where the 10002 represents the default service to use – however, this value may differ on your RTC installation.
To work out the correct Service Id, I fired up rtcmon and selected the ‘Service Statistics’ option and noted the ID for ELEKTRON_DD – which in my case was 10002:

Once I added the above ServiceId to my rtc.cnf, I restarted rtc as before

I should then be able to make Websocket API requests from ELEKTRON_DD, without specifying the service name:

There are probably other stats/figures and functions you can discover & experiment with in the relative safety of your own little ‘RTDS’ installation – by referring to the RTC System Admin manual linked below (your MDS admin team may also be able to advise you further) .

You can also experiment with/test other scenarios to observe their impacts on your application e.g.

As a developer having to code & test their Refinitiv Real-time Consumers, Providers and Posting (Contribution) applications there are certain test scenarios that often have a certain level of reliance on our local Market Data Admin teams. These teams are often quite stretched and may not able to be able to provide access to the RTDS testing resources in a timely manner - potentially causing a bottleneck in our testing regime.

Having access to our own Refinitiv Real-Time Connector can allow us to perform some of the tests at our pace and time of choosing - before we do our final testing in the 'real' RTDS environment. I hope the above guide will help you in the same way it has helped me in my RTDS testing regime without having to vie for my Market Data admin team's time.

Documentation/Articles referenced in the article:

Whilst I am running RTC inside a local Docker and the RT-SDK locally as well, a colleague of mine decided to deploy both RTC and RT-SDK inside Google Cloud Platform VM instances. You can read about this by clicking the article link in the top right hand of this article.

NOTE: As mentioned before, I am NOT an RTDS/RTC expert by a long shot - the above is based on my experimentation and pulling materials from various Refinitiv sources - feel free to contact me with corrections/improvements.

You can find additional links to related articles and the official Developer Portal pages for the RT-SDK etc in the right-hand panel at the top of this article.