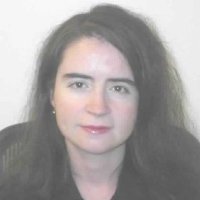 Open DACS API and Open DACS Permission Server (ODPS) are two ways for a developer to get a programmatic, application's view into DACS.  Developers often face tasks that require the programmatic "window" into DACS.  One very important use case is implementing on-behalf of entitlement checking: i.e., subscribing to a comprehensive set of market data from data source(s) once, and redistributing subsets of it to any number of the entitled users.  The ultimate goal of this type of use cases is to redistribute market data in a fully exchange-compliant manner.  This is where both Open DACS API and Open DACS Permission Server can be of help.

The goal of permissioning is to control access to data by users.  Using an entitlement system, such as Data Access Control System (DACS), user permission profiles can be defined.  Permission profiles define what instruments a user is allowed to access.  Using OpenDACS or Open DACS Permission Server, allowed(entitled) permissions can be verified, and if the requesting user is permissioned for content, only then the content can be made available to the user.

The Refinitiv Open DACS Permission Server (ODPS) complements the existing Open DACS API offering. ODPS allows an application to perform DACS permissioning and generate DACS usage data without having to embed OpenDACS API in the application. Instead, to gain access to all Open DACS API functionality, the application can contact ODPS using the industry standard HTTP 1.1/REST protocol. This is an extrenal, or "loose" integration option, via HTTP request/response.

Time and Effort to Implement

The time and effort that are required to integrate the mandatory entitlement checks are often a very important consideration.
Open DACS API is implemented with RFA API, and RFA-like code integration is required. The language choices are C++, Java.and C#. The build includes RFA libraries.
ODPS accepts HTTP requests, therefore, using any programming language that supports HTTP requests is possible.   The included examples of http clients are C, Java and Perl, but any language and enviroment supporting HTTP request/response is a valid choice for ODPS integration.

OpenDACS application calls OpenDACS from within; i.e. the integration is tight, from within.  From the purely technical steand-point, the developer/architect team has a complete freedom in choosing if to implement, not to implement, or how to implement robustness, error handling and application-level reporting.
Let's note, that the communication with DACS is going to be facilitated over DACS sink daemon, that can be local, or remote, but is a separate process.
ODPS client calls ODPS via HTTP, issuing HTTP request and receiving HTTP response.  Integration is loose.  The functionality that is already implemented by ODPS is being used by the application, the calls to ODPS are integrated into the overall application design.  It's very common to use ODPS for ad-hoc testing, utilizing a browser to send HTTP requests and observe HTTP responses.

In order to be compliant, the following checks have to be made:

There are two important principles to permissioning, that application developer should uphold at all times, in order for the application to be compliant:

DACS Lock Caching is an important for both OpenDACS and ODPS applications.  OpenDACS applications often keeps a cache of locks/PEs, it's up to the application designer to implement this in order to minimize the unnecessary entitlement info retrieval from DACS.  ODPS implements caching of locks/PEs out of the box, it is configurable, including "keep forever" option, but default keep time is 60 minutes.

To clarify, why lock caching is useful, let's look at an example of an ODPS cache:

This caching allows for mapping of an item to PEs or DACS lock without having to involve the infrastructure, i.e. without  having to issue a request for subscription and trigger a reportable item usage.

Content list command (getPEList Open DACS method and contentList command in ODPS) can be run per user to return the list of assigned PEs (for content-based services).  To clarify, here is an example of this information:

This info can be cached.

Also, when item subscription is established, if it's content-based, PEs can be found in PROD_PERM FID.

The performance for subscription test on ODPS is roughly 20K operations per second.  Thus, running it on every subscription request is not efficient, for some applications it's not sufficient (they require more frequent access), and this command also generates dacs usage events.  Which makes caching a very popular approach.

How service is defined in DACS is very important when planning a programmatic compliant solution.  The three types of service definition in DACS are:

User can be either entitled or not entitled to service as a whole.  This is the simplest, but least flexible type of permissioning.   Service level authorization is always present.

Entitlement check is based on Permission Entitity or PE.  Therefore, the OpenDACS API functionality and ODPS requests based on PEs is available for this type of service.
The most common ODPS and OpenDACS actions are *content list retrieval per user, returning the complete list of PEs assigned to the user (getPEList OpenDACS method, contentList ODPS command)*permission entity check, (usually accepting mulitple PEs as input and returning positive or negative answer on each of them, peCheck ODPS command,implemented via getPEList when integrating with OpenDACS)*subscription test that is based on DACS lock or PE (subscriptionTest ODPS command, implemented via getPEList)

Entitlement check is based on item name that makes up "subject".  The entitlement checks available for this type of service are on subject, that is expressed as RIC name, for example: "TRI.N", "GOOG.O"

The most common ODPS and OpenDACS actions are:

ODPS installations often handle ODPS load-balancing as well as ODPS server failure by imploying network load-balancing solution.  There is configuration option to disable http listening port on failure, so that load-balancing controller will seize sending requests to the failed ODPS.

OpenDACS applications implement redundancy according to requirements of the specific app. Redundancy must be planned and designed as part of the overall application design, it's not included within functionality available from API, its design is up to the application developer/architect.

DACS UI is a tool that may or may not be directly accessible to a developer.  This is a graphical user interface for DACS administration, used by DACS administrators/market data groups.  It can be used to verify the permissions assigned, prior to retrival by OpenDACS or ODPS.  If it's not directly available, and a confimration of permissions is required, one may request and get the info via DACS administrator who has the access to the DACS UI.

ODPS asseps HTTP requests, that can be originated through a web browser, by typing the request into browser's address bar.