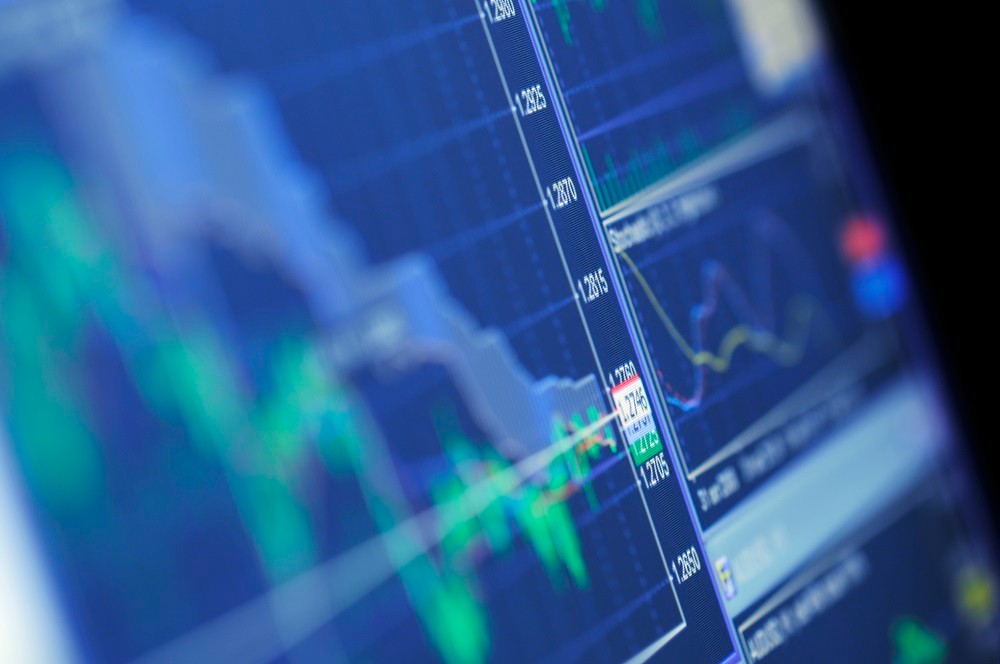 One of the hardest parts of being Data Developers is the step to set up those tools. You need to install a lot of software and libraries in the correct order to set up your Data Science development environment. The example steps are the following:

If you need to share your code/project with your peers, the task to replicate the above steps in your collogues environment is very complex too.

The good news is you can reduce the effort to set up the workbench with the Docker containerization platform. You may think Docker is for the DevOps or the hardcore Developers only, but the Jupyter Docker Stacks simplifies how to create a ready-to-use Jupyter application with Data Science/Financial libraries in a few commands.

This article is the first part of the series that demonstrates how to set up Jupyter Notebook environment with Docker to consume and display financial data from Refinitiv Data Platform without need to install the steps above. The article covers Jupyter with the Python programming language. If you are using R, please see the second article.

Jupyter Docker Stacks provide various images for developers based on their requirements such as:

Please see more detail about all image types on Selecting an Image page.

You can run the following command to pull a jupyter/scipy-notebook image (tag 70178b8e48d7) and starts a container running a Jupyter Notebook server in your machine.

The above command set the following container's options:

The running result with the notebook server URL information is the following.

You can access the JupyterLab application by opening the notebook server URL in your browser. It starts with the /home/jovyan/ location. Please note that only the notebooks and files in the work folder can be saved to the host machine (<your working directory> folder).

The jupyter/scipy-notebook image has built-in useful Python libraries such as requests, Matplotlib, Pandas, NumPy, etc for you.

The files in <your working directory> folder will be available in the JupyterLab application the next time you start a container, so you can work with your files as a normal JupyterLab/Anaconda environment.

The jupyter/scipy-notebook image is suitable for building a notebook or dashboard with the Refinitiv Data Platform APIs (RDP APIs) content. You can request data from RDP APIs with the HTTP library, perform data analysis and then plot a graph with built-in Python libraries.

RDP APIs give developers seamless and holistic access to all of the Refinitiv content such as Historical Pricing, Environmental Social and Governance (ESG), News, Research, etc and commingled with their content, enriching, integrating, and distributing the data through a single interface, delivered wherever they need it. The RDP APIs delivery mechanisms are the following:

This example project is focusing on the Request-Response: RESTful web service delivery method only.

The above command started a container name notebook and mounted /python/notebook/ folder to container's /home/jovyan/work directory. Once you have opened the notebook server URL in a web browser, the rdp_apis_notebook.ipynb example notebook will be available in the work directory of the Jupyter. The rdp_apis_notebook.ipynb example notebook uses the built-in libraries in the image to authenticate with the RDP Auth Service and request Environmental Social and Governance (ESG) data from RDP ESG Service to plot a graph. You can run through each step of the notebook. All activities you have done with the file will be saved for a later run too.

Please see the full detail regarding how to run this example notebook on the How to run the Jupyter Docker Scipy-Notebook section.

The rdp_apis_notebook.ipynb notebook workflow is identical to the example notebook on my How to separate your credentials, secrets, and configurations from your source code with environment variables article. It sends the HTTP request message to the RDP APIs Auth service to get the RDP APIs access token. Once it receives an access token, it requests ESG (Environmental, Social, and Governance) data from the RDP APIs ESG service.

The notebook plots the ESG data chart with the pre-installed matplotlib.pyplot library.

How to change Container User

Now the notebook user is wasinw and the working directory is /home/wasinw/work folder.

Please note that this example project uses jovyan as a default notebook user.

How to use other Python Libraries

If you are using the libraries that do not come with the jupyter/scipy-notebook Docker image such as the Plotly Python library, you can install them directly via the notebook shell with both pip and conda/mamba tools.

However, this solution installs the package into the currently-running Jupyter kernel which is always destroyed every time you stop a Docker container. A better solution is to create a new Docker image from Jupyter Docker Stacks that contains the required libraries, and then all containers generated from the image can use the libraries without any manual installation.

The Jupyter Docker Stacks let developers create their Dockerfile with an instruction to install the Python dependencies via mamba, pip, and conda package management tools. Please see more detail on the Using mamba install or pip install in a Child Docker image page.

Refinitiv provides a wide range of contents and data which require multiple technologies, delivery mechanisms, data formats, and multiple APIs to access each content. The RDP Libraries are a suite of ease-of-use interfaces providing unified access to streaming and non-streaming data services offered within the Refinitiv Data Platform (RDP). The Libraries simplified how to access data to various delivery modes such as Request-Response, Streaming, Bulk File, and Queues via a single library.

For more deep detail regarding the RDP Libraries, please refer to the following articles and tutorials:

As this example project has been tested on alpha versions 1.0.0.a10 of the Python library, the method signatures, data formats, etc are subject to change.

Firstly create a requirements.txt file in a /python/ folder with the following content:

Next, create a Dockerfile file in a /python/ folder with the following content:

Please noticed that a Dockerfile set ENV JUPYTER_ENABLE_LAB=yes environment variable, so all containers that are generated from this image will run the JupyterLab application by default.

And then build a Docker image name jupyter_rdp_plotly with the following command:

Once the Docker image is built successfully, you can the following command to starts a container running a Jupyter Notebook server with all Python libraries that are defined in a requirements.txt file and jupyter/scipy-notebook in your machine.

Please noticed that all credentials have been passed to the Jupyter server's environment variables via Docker run -env-file .env option, so the notebook can access those configurations via os.getenv() method. Developers do not need to keep credentials information in the notebook source code.

Then you can start to create notebook applications that consume content from Refinitiv with the RDP Library API, and then plot data with the Plotly library. Please see more detail in the rdp_library_plotly_notebook.ipynb example notebook file on the GitHub repository /python/notebook folder. Please see the full detail regarding how to run this example notebook on the How to build and run the Jupyter Docker Scipy-Notebook customize's image with RDP Library for Python and Plotly section.

The rdp_library_plotly_notebook.ipynb workflow starts by initializing the RDP session.

Then the notebook requests the historical data from the RDP platform using RDP Libraries Function Layer, and plots that historical data to be a multi-lines graph with the Plotly express object.

Caution: You should add .env (and .env.example), Jupyter checkpoints, cache, config, etc. files to the .dockerignore file to avoid adding them to a public Docker Hub repository.

What if I use Eikon Data API?

However, you can access the CodeBook, the cloud-hosted Jupyter Notebook development environment for Python scripting from the application. The CodeBook is natively available in Refinitiv Workspace and Eikon as an app (no installation required!!), providing access to Refinitiv APIs and other popular Python libraries that are already pre-installed on the cloud. The list of pre-installed libraries is available in the Codebook's Libraries&Extensions.md file.

Please see more detail regarding the CodeBook app in this Use Eikon Data API or RDP Library in Python in CodeBook on Web Browser article.

This example requires the following dependencies software and libraries.

Please contact your Refinitiv's representative to help you to access the RDP account and services. You can find more detail regarding the RDP access credentials set up from the Getting Started for User ID section of Getting Start with Refinitiv Data Platform article article:

How to run the Examples

The first step is to unzip or download the example project folder into a directory of your choice, then set up Python or R Docker environments based on your preference.

How to run the Jupyter Docker Scipy-Notebook

Firstly, open the project folder in the command prompt and go to the python subfolder. Then create a file name .env in that folder with the following content:

Run the following Docker run command in a command prompt to pull a Jupyter Docker Scipy-Notebook image and run its container.

The Jupyter Docker Scipy-Notebook will run the Jupyter server and print the server URL in a console, click on that URL to open the JupyterLab application in the web browser.

Firstly, open the project folder in the command prompt and go to the python subfolder. Then create a file name .env in that folder with the following content. You can skip this step if you already did it in the Scipy-Notebook run section above.

Once Docker build the image success, run the following command to start a container

The jupyter_rdp_plotly container will run the Jupyter server and print the server URL in a console, click on that URL to open the JupyterLab application in the web browser.

Open the work folder and open rdp_library_plotly_notebook.ipynb example notebook file, then run through each notebook cell.

Docker is an open containerization platform for developing, testing, deploying, and running any software application. The Jupyter Docker Stacks provide a ready-to-use and consistent development environment for Data Scientists, Financial coders, and their teams. Developers do not need to set up their environment/workbench (Anaconda, Virtual Environment, Jupyter installation, etc.) manually which is the most complex task for them anymore. Developers can just run a single command to start the Jupyter notebook server from Jupyter Docker Stacks and continue their work.

The Jupyter Docker Stacks already contain a handful of libraries for Data Science/Financial development for various requirements (Python, R, Machine Learning, and much more). If developers need additional libraries, Jupyter Docker Stacks let developers create their Dockerfile with an instruction to install those dependencies. All containers generated from the customized image can use the libraries without any manual installation.

You can find more details regarding the Refinitiv Data Platform Libraries, Plotly, Jupyter Docker Stacks, and related technologies for this notebook from the following resources: